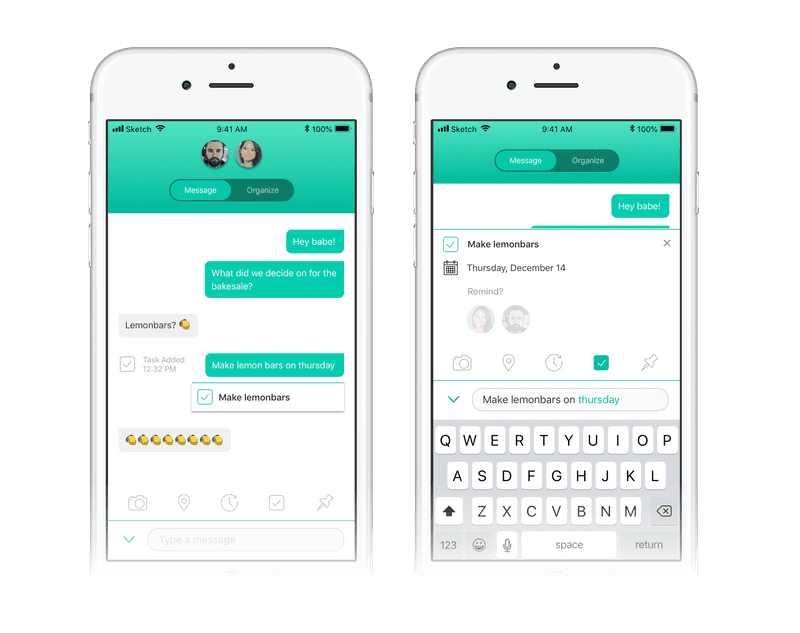 The following is a personal project I worked on during a UX boot-camp, and something I would still love to see developed one day!

To come up with a product idea I began with the persona I was trying to help. At the time, quite a few of of my friends and coworkers had become first-time parents, and I wanted to tackle a problem that would help the chaotic lives of full-time working moms. I scheduled as many interview sessions as a could to try to get a full picture of what a daily routine was like and what challenges had surfaced since having kids. 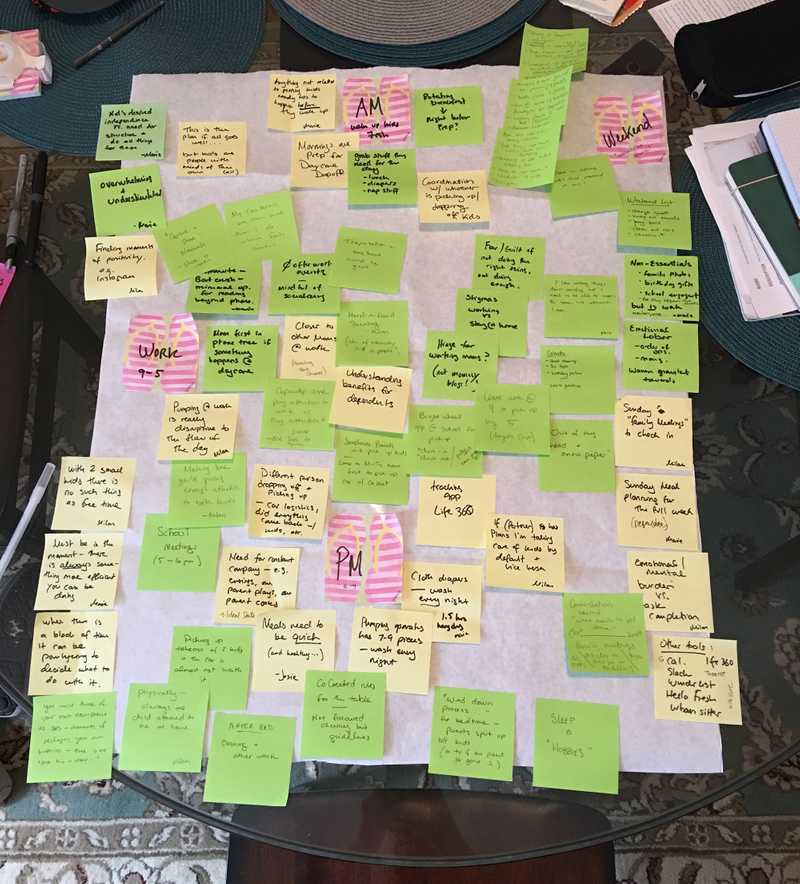 Over the course of these conversations, some common themes emerged.

Pervading all of this, though, was perhaps the most important insight: How does this work when you take the emotions of a relationship into account?

This was a enormous problem to tackle, but one that felt very worthwhile! (For a deeper look at the mental burden of the managers of the household check out the fantastic web comic "You Should've Asked".)

Some early trials and lessons learned

I was excited by my first concept — what if you had an app that essentially created a timeline of your day and kept track of your progress and completions in real time? A parent could enter their and their partners' schedules, and have any missed or uncompleted items automatically be added to a future task list. They could also leave notes for each other at each "event."

As soon as I ran this by parents, however, I threw out this idea. The amount of upfront work required to create the daily schedule completely invalidated its potential usefulness. Additionally, flexibility was essential when whole days could be thrown off by a sick kid or a last-minute work emergency. Having a rigid timeline that pinged you about overdue items if you needed to shuffle your day would surely lead to even more frustration.

But the whole issue of heavy setup work was a valuable insight, and I shifted thinking about the following:

I began exploring integrating a shared "todo" list into the flow of general texting and communication.

The breakthrough for this solution came with the idea of integrating task creation into the flow of conversation. The young working parents I interviewed were constantly connected and communicating through messaging apps, combined with other scheduling tools in an attempt to stay coordinated. Thus default view of the my app became a chat interface from which parents could do all their planning without having to switch views or use another tool.

The second pillar of the app is the organization side, giving partners access to a shared task list. 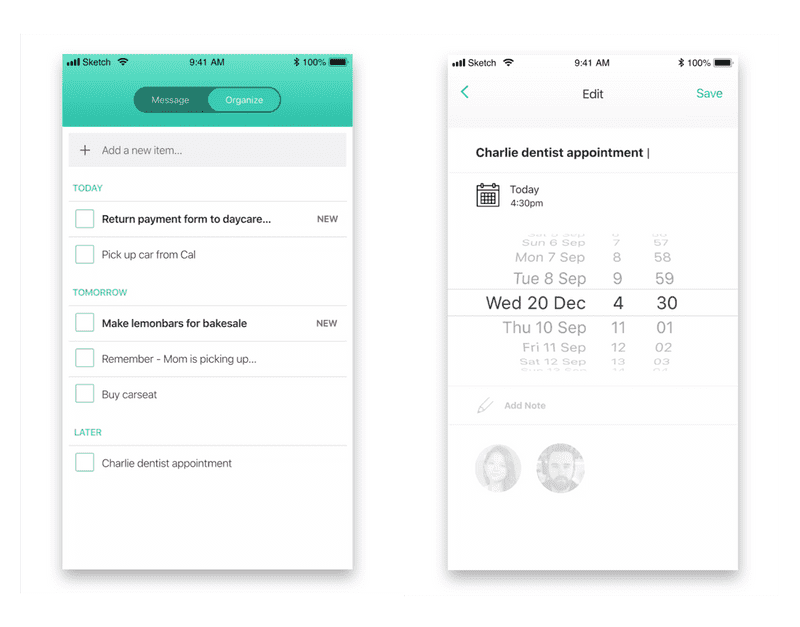 When items are due, reminders appear in the flow of the messaging interface. These reminders come from a cute chat bot rather than the other parent, hopefully preventing the household manager from feeling like they are nagging!

As the app would ideal become the default way for parents to communicate, I wanted to add additional features to help them stay coordinated.

Everything hopefully added up to a way for partners to stay on the same page without needing to expend extra effort, feel like they were nagging the other parent, and focus on what matters most. 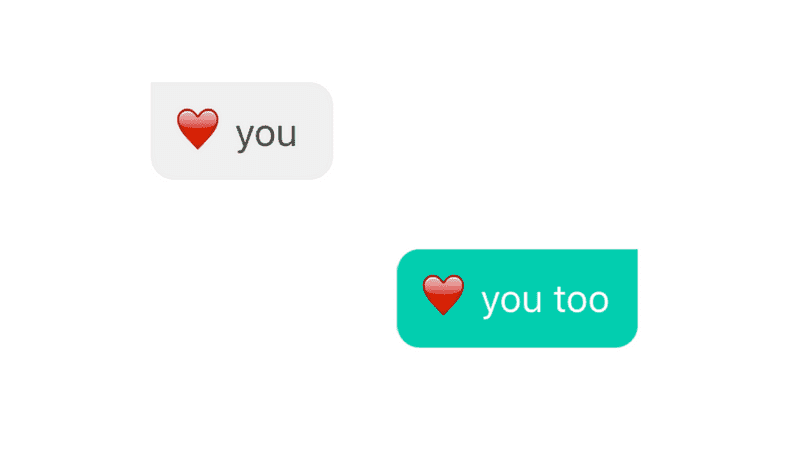